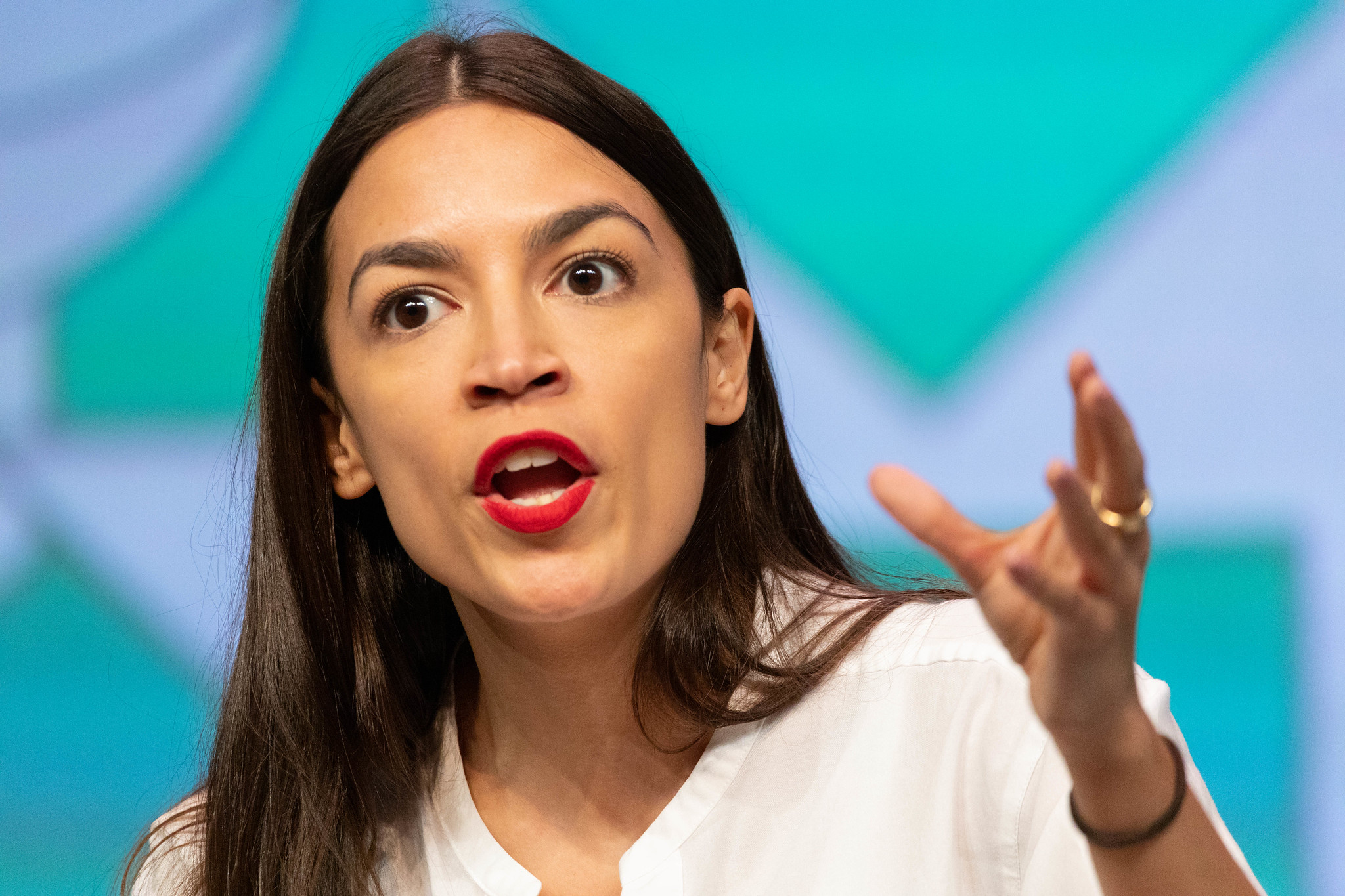 Since the first day Rep. Alexandria Ocasio-Cortez stepped on the public stage of politics, she had a star quality on social media. It’s one of the reasons her campaign was victorious. She’s a social media darling that understands how to use her platform for the greater good. With one tweet or one Instagram-story, she can take down anyone or anything all in the name of democracy. So, it makes complete sense that she’s on the top ten list of the most popular politicians on Twitter, or we should say, one of the most tweeted politicians on Twitter.

Rep. Ocasio-Cortez didn’t just make the top ten, but the top five! No. 1 went to President Trump because let’s face it, he tweets more than anyone and gets everybody riled up. The No. 2 spot went to former President Barack Obama, because, of course. No. 3 went to Narendra Modi Prime Minister of India, because please excuse our ignorance on the matter. And, in No. 4, came the great Rep. Ocasio-Cortez. Insane! But also, not a surprise. She’s controversial. She speaks her mind and people she has fans on both political sides, sort of. If Dems love and Republicans hate her, either way, they’re both talking about on Twitter.

Here’s just a couple of reasons/tweets that makes Rep. Ocasio-Cortez a star on Twitter.

I hear the GOP thinks women dancing are scandalous.

Wait till they find out Congresswomen dance too! 💃🏽

Have a great weekend everyone 🙂 pic.twitter.com/9y6ALOw4F6

After AOC got so much BS for a dance video that Republicans intended to shame her for (she made while studying at Boston University), the young politician clapped back during the start of the year with another dance video. This time she was lipsyncing to 1970s classic rock song “War (What is it good for),” by Edwin Starr. And she looked to be having so much fun too! She’s a genius at turning the negative drama into viral moments.

You want drama? You got it.

What, are you sad I don’t speak as our President does, w top hits like “Just grab ‘em by the p—?” Or going on abt turbines & wind cancer?🙄

I could win a Nobel Prize in Physics & they’d still call me dumb. That’s why I don’t give a damn about misogynist takes on my intelligence. https://t.co/0kbtkVreOi

After a GOP/Trump supporter tried to shame her “hopeful” message, AOC clapped back by bringing in the president’s offensive language. She shut it down fast. Please, do not come at AOC for her words of wisdom when our own president talks like a dog with rabies. It’s funny how people think they can make fun of her because they have no idea how witty she is with her comebacks. We’re certain people have started to refrain from tweeting at her. She will take them down effortlessly.

You may fool the rest of the country, but I’ll call your bluff any day of the week.

Opening an impeachment inquiry is exactly what we must do when the President obstructs justice, advises witnesses to ignore legal subpoenas, & more.

Even when President Trump went after AOC directly on Twitter, she not only took him down but raised the bar at how to respond to the Commander of Chief. When Trump said, “Rep. Alexandria Ocasio-Cortez. “I think we have a very real risk of losing the Presidency to Donald Trump.” I agree, and that is the only reason they play the impeach card, which cannot be legally used! She clapped back fabulously by saying, “Mr. President, you’re from Queens. You may fool the rest of the country, but I’ll call your bluff any day of the week. Opening an impeachment inquiry is exactly what we must do when the President obstructs justice, advises witnesses to ignore legal subpoenas, & more. Bye.”

What an excellent president we have.

Better than being a criminal who betrays our country. https://t.co/UnShA6gcQQ

The president didn’t stop at his direct harassment attacks toward AOC — hey, if he can attack a 16-year-old, then everyone else is up for grabs, right? He tweeted at her, directly, a couple of times, but this one from October is a homerun. When Trump, who will be on trial for impeachment, called AOC a wack job, it’s like, look in the mirror, sir. But she got him back good. “Better than being a criminal who betrays our country,” she responded. Genius!

Take a lesson from the pro.

When AOC began her job, many of her coworkers wanted to know from a pro how to run their social media pages, in particular, Twitter because she’s so damn good at it. So, when a Democratic group used a Beyonce song to show disdain for the president, AOC was like ‘nah.’ While she’s not a fan of Trump (who is?), using a Beyonce song in any kind of reference to the president just doesn’t bode well. It’s distasteful and not smart, so AOC let them know. So you see, it doesn’t matter what political party you affiliate with, if you’re doing something wrong, AOC is going to get you.